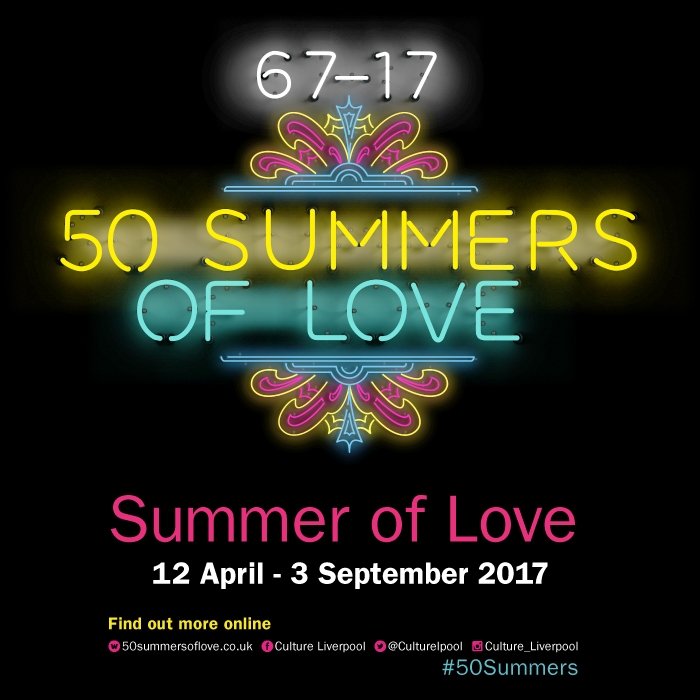 Exciting news! 67-17: 50 Summers of Love has been announced. The programme marks the summer of 1967, and the subsequent summers, which were landmarks in modern culture. Liverpool played a central role in the outpouring of creativity in 1967, as the year saw the release of The Beatles album Sgt. Pepper’s Lonely Hearts Club Band, the publication of one of the world’s most popular poetry anthologies The Mersey Sound and the opening of the Metropolitan Cathedral – all of which will form part of some of the activities taking place.

This demonstrates the important contribution COoL members make to Liverpool City Region through quality cultural work nationally and internationally. As Major Joe Anderson says, “It’s not only the quantity of events – the quality is outstanding.” We can’t wait.

To find out more, visit our friends at Culture Liverpool.

Your ticket for the: COoL members feature heavily in 50 Summers of Love