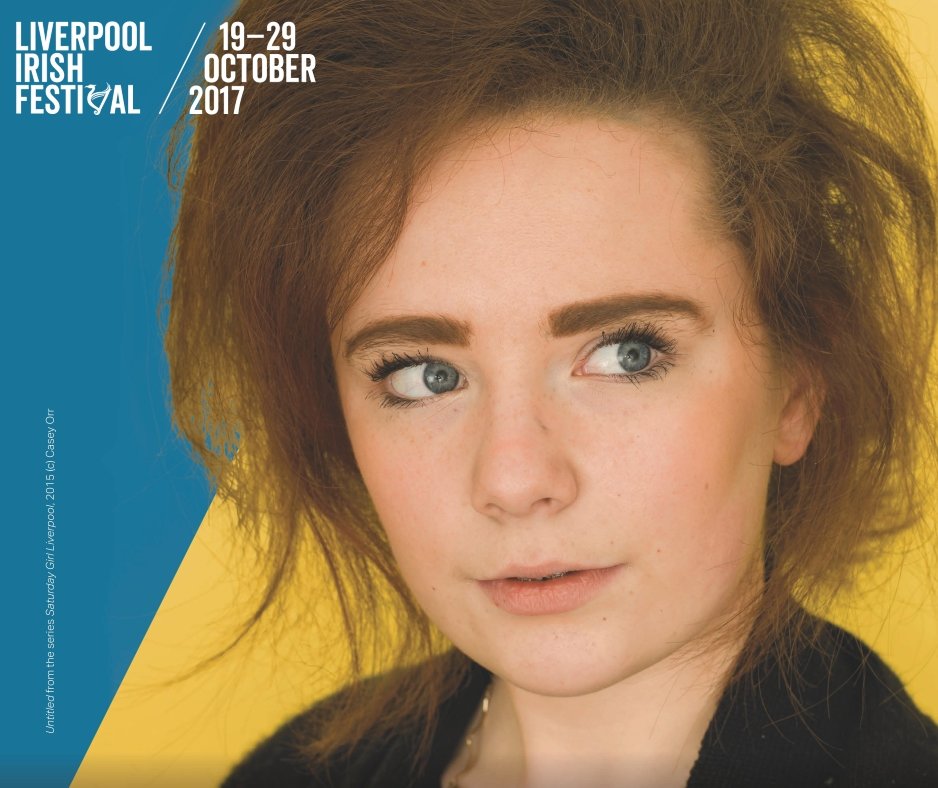 We know you’re been waiting and we are so excited about it nearly being here! With 60 events (30 involving music!), almost 30 venues, 50+ partners and over 100 artists taking part, LivIrishFest 2017 is going to be awesome! All tickets are on sale now  you can get to all the events here.

Tickets to the launch – involving opening speeches, a slice of (15th birthday) cake and the story of the festival from our Chair, John Chandler – are also available; just sign up here. Specific events we would like to draw your attention to include:

You can find out about these and more, here. These 4 events are show-pieces that truly reflect the nature of the work we believe the festival is set up to do, including:

Each has limited availability for certain aspects (i.e., a couple fo the sessions at the Family Day), so we urge you to get your tickets booked a.s.a.p to ensure you don’t miss out!

Want to know more? Sign up for our newsletter, here. 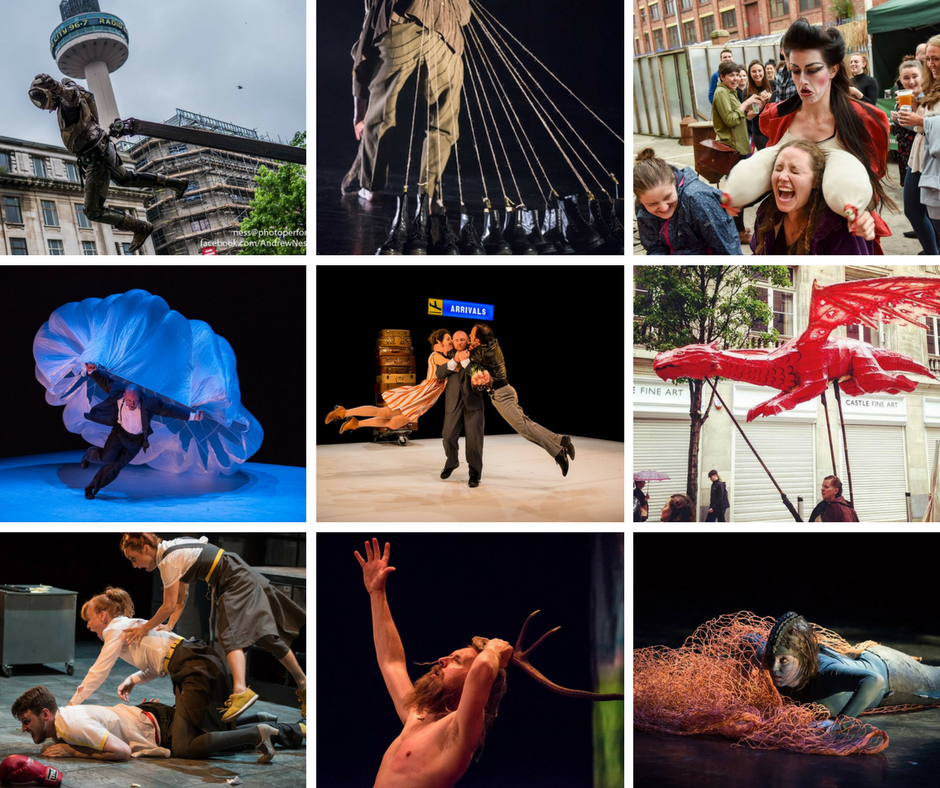 Tmesis Theatre will be taking a year break from their annual international festival, Physical Fest 2018.

‘The festival has grown dramatically over the past three years, which has been fantastic, we have supported numerous local artists as well as bringing high quality national and international work to Liverpool that hasn’t been seen here before. This increase in scale means we have to take a break in order to have the time to raise the funds that are now needed to make it happen, and develop exciting new ideas, coming back refreshed and raring to go in 2019!

We won’t be going away though, as Tmesis will be developing an exciting new show in 2018 with the Unity Theatre, and we will be running the Tmesis Training Company as well as some, one off Physical Fest specials… watch this space: sign up to our mailing list/Twitter/Facebook for updates and do get in touch if you are interested in working with/ supporting Physical Fest in the future.

We would love to hear your ideas for future festivals, so do get in touch!Thanks to our wonderful team, partners, funders and to you for your support!’

LIVERPOOL COMEDY FESTIVAL IS BACK FOR IT’S 16TH YEAR

Liverpool Comedy Festival is back for its’ 16th consecutive year with a jam-packed delivery of giggles and guffaws right across the city. This year sees the biggest selection of headliners the festival has ever seen, and the most shows (150 shows across 18 venues) since it began in 2002. The Comedy Trust (the brains behind the Festival) are also celebrating their 15th year of creating happier, healthier people across the UK.

Check out the line up: www.liverpoolcomedyfestival.com 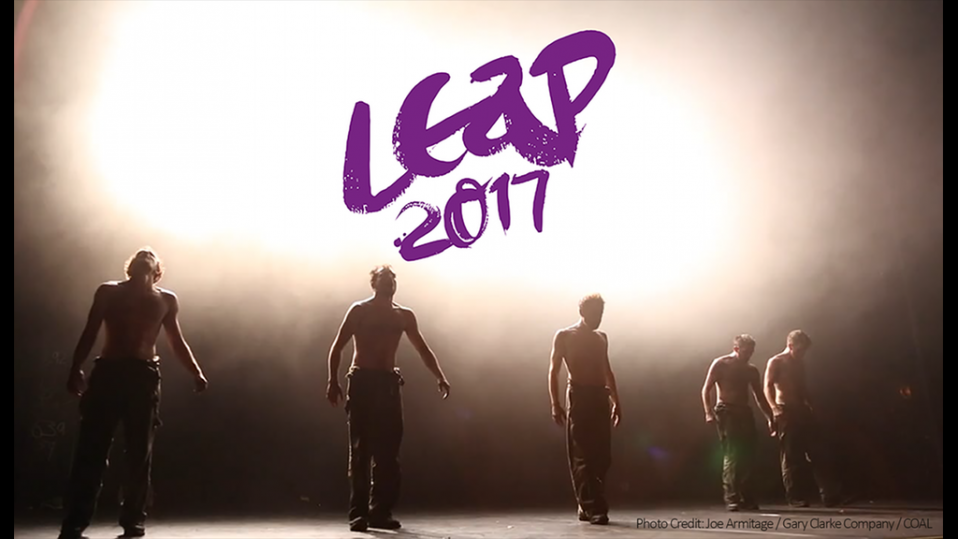 Leap is MDI’s festival of world class dance that we have been programming and creating since 1992. We have developed a bold and ambitious plan to programme Leap 2017 at a new temporary ‘pop-up’ venue in the heart of Liverpool’s creative docklands.

LEAP is an international dance festival for Liverpool in the heart of the City; bringing together the community, and celebrating excellence in dance by presenting new work by companies based locally, regionally, nationally and internationally. A biennial event since 2013, Leap will return to an annual format post-2017.

We focus on diversity in our art-form, and encourage participation by offering a programme of high quality performances, workshops and talks from local and visiting artists. This new project, for which we are seeking funding, will transform a warehouse into a vibrant family-friendly temporary venue that will form a hub for artists and audiences alike for the two-week-long festival.

We want to test the idea of a ‘pop up dance space’ in support of creating, in the longer term, a dedicated space for dance in Liverpool that houses our ambition to create a sustainable model of doing business that enables dance to thrive in the region.

Emily Dickinson biographical drama A Quiet Passion has been announced as this year’s Grand Prix: Best Film 2016 at Gent Film Festival in Belgium.

Shot in Belgium and the US, the film has been warmly received in the film festival circuit, with recent festival appearances in New York, Toronto, London, Vienna and Turin. Richard Brody of the New Yorker called A Quiet Passion ‘an absolute, drop dead masterwork’, whilst Michael Pattison of Indiewire called it ‘quietly masterful’.

A statement from the Gent jury read:

“After a long and passionate discussion it was decided to recognize the film which some members of the jury considered the most daring and most rigorous of the twelve films in competition: ‘A Quiet Passion’ by Terence Davies.” 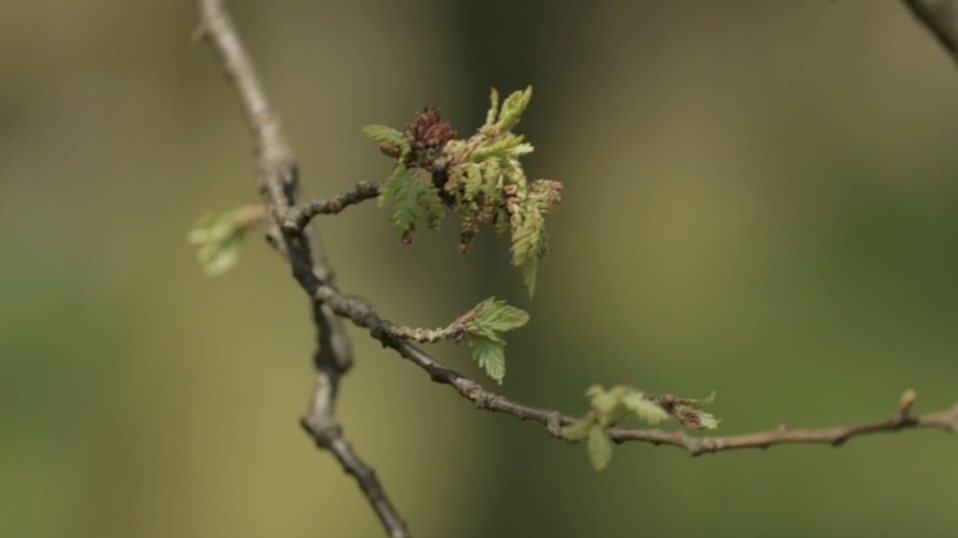 Anadeek Ya Yemen – I Call You Yemen

Since March 2015, Yemen has been undergoing an internal and external conflict that has destroyed the country’s infrastructure and led to a humanitarian disaster. Thousands of Yemeni men, women and children have been killed or injured, and millions have been displaced and traumatised.

Yemeni young people from Liverpool Arabic Centre have worked with filmmakers Optical Jukebox and Liverpool Arab Arts Festival to produce a revealing documentary, capturing how this far away conflict affects Liverpool’s Yemeni people on a daily basis, as they face constant anxiety for the well-being and safety of their friends, family and their beloved Yemen. 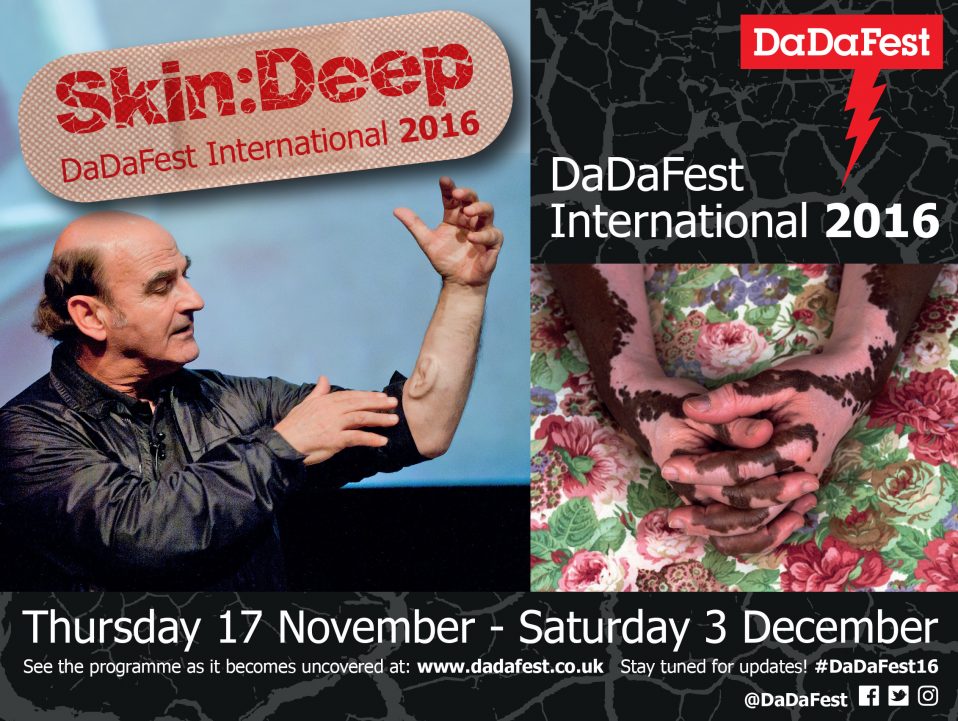 DaDaFest is delighted to announce the full programme of events for its thirteenth festival, about it “Skin:Deep”, taking place from 17 November to 3 December 2016. This year’s festival will present an array of outrageous, diverse and radical disability and Deaf arts that will challenge public perceptions of disability, ignite debate and celebrate disability culture. 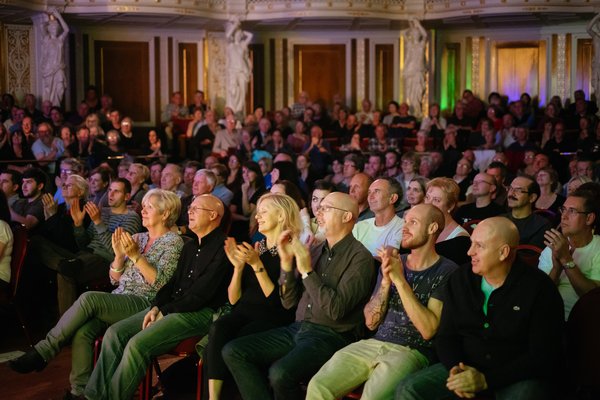 Running 13-23 Oct, 2016’s Liverpool Irish Festival will focus on conviviality. How does our liveliness and friendliness bring people together? It might be over a music session, through a story or just by sharing an event together, we’re bringing together new writers and new sounds, with old stories and traditional instruments.

So what do we have? Well, Alsop Drama perform Three Plays: Riders to the Sea, The Shadow of the Glen and Purgatory. There’s “whiskey soaked folk” from The Logues and soaring sounds from Lisa Hannigan at the Arts Club. We Banjo 3 return to Liverpool Philharmonic’s Music Room. We’ll explore James Joyce’s ‘A Portrait of the Artist as a Young Man’ in its centenary year and of course have our traditional family ceílí. And there’s plenty more!

With less than a month to go, we understand you’re itching for the fun to begin. Why not sneak an early peek by visiting some of our partners early?

You can find Irish music sessions at some of the city’s fabulous pubs, such as The Caledonia and The Edinburgh, who take part in the festival again. There’s also St Michael’s Irish Centre, where you’ll find folk nights, film and storytelling between now and 13 Oct. The Institute of Irish Studies holds regular talks and events exploring Irish culture and Community.

Take part and tell us what you think using our official festival hashtags acrossTwitter, Facebook and Instagram: #LivIrishFest, #madfortrad and #madfornew.

With a new brand, #LivIrishFest will soon be announcing this year’s programme in full.

This year’s festival runs 13-23 October. Keep your eyes on the website for more information. 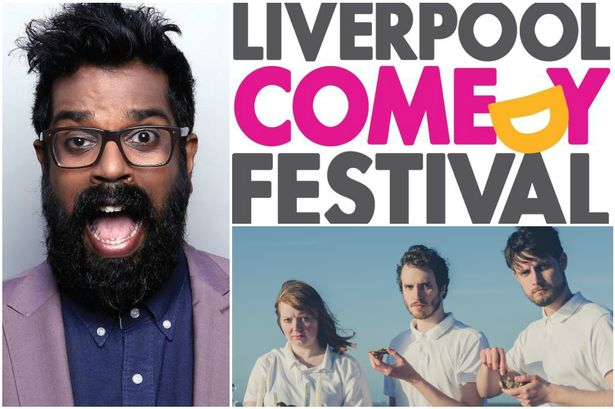 Liverpool Comedy Festival is back as hilarious comedy acts are set to descend on Liverpool between Sep 18 – Oct 2 for it’s 15th year in the city and The Comedy Trust have just announced the final line-up! From Liverpool Echo:

And for the first time ever, approved it has also acquired its own Fringe Festival – organised by Funny Looking Live and held at 81 Renshaw Street, pills where comedy fans can catch what’s described as ‘long form’ comedy.

Back in the main festival, headliners include Romesh Ranganathan, who sold out a Liverpool show earlier in the year and is now back for more, this time at the Philharmonic Hall on September 21.

Your ticket for the: Liverpool Comedy Festival