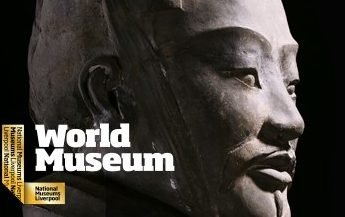 Hope Street Ltd is delighted to have been commissioned to produce an immersive theatre experience for children to form part of the schools’ programme cultural offer.

“The Rise of the Warriors” went into its development phase during November and boasts a largely Liverpool company of lead artists, the majority of whom have worked with several COoL members over the years.

Opening 9 February to 28 October 2018, China’s First Emperor and the Terracotta Warriors exhibition at World Museum features more than 180 spectacular artefacts from museums across Shaanxi Province, more than half of which have never been on show in the UK before.
This landmark exhibition tells the story of the formative years of the Chinese nation, from the pre-unification Qin Kings, to China’s First Emperor, Qin Shi Huang’s rise to power and the legacy of his achievements in the succeeding Han Dynasty.
http://www.liverpoolmuseums.org.uk

Your ticket for the: HOPE STREET TO ‘MEET’ CHINA’S FIRST EMPEROR!